The Reel Rhino is Real Tired... 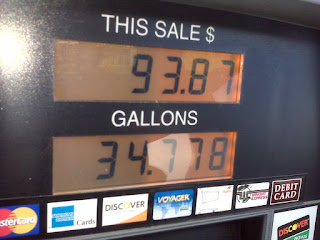 Whoa! Now that is An Inconvenient Truth!
Yep, that's gas for my truck...my work truck that is, thank goodness!  As many of you know, in addition to being the Reel Rhino, I actually work as a Crime Scene Investigator.  In my jurisidiction of employ, we saw a pretty violent murder this week that had me driving all over our county for the better part of the weel.  In addition to working Crime Scenes, I actually do a fair amount of teaching CSI as well.  This week saw a our very intense, very intensive investigation AS WELL as a trip towards central Kansas for as one-day lecture on CSI for a law enforcement training seminar.
I had never been to EMPORIA, KS but I can tell you it was quite a one-day Journey.  Thanks to my friend Dustin, I was introduced to Braum's.  I had no idea it would be a chain, but it sure is.  Another friend, Chris, recommended it for the ice cream, but we happened to make it into town to catch some biscits and gravy before our class began, and I did not go for the breakfast ice cream.  My intention was to swing back through and catch some FroYo before we left town, but it didn't happen....quite unfortunately!  Kansas City has frozen custard, which is great, but we are decidedly short, and sadly I might add, on frozen yogurt. 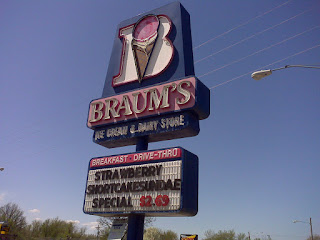 Braum's was great and the one day conference went very well.  At lunch, I was jonesing for something movie-related, so we went cruising down by the mall and I at least got to snap some photos of the outside of their theater, the Flinthills 8 Theaters, operated by Dickinson Theaters, at the Emporia Mall. 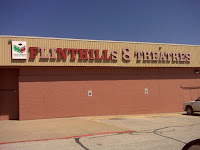 Yes, it looks a little rundown, but at least it's something!  Some folks have the dream of getting to every ballpark to catch a baseball game, or to hit the nations highpoints, getting to the highest elevation point in each state.  I even have a friend who, why I do not know, is only the state of Alaska away from having run a marathon in all 50 states.  People do crazy things.  I have never thrown a single movie stub away (yes, that too is crazy!) I love the concept of going to a movie in all 50 states.  When I go to a new town, I always like to find the theater, if not just to see how folks in that area seek out their entertainment. 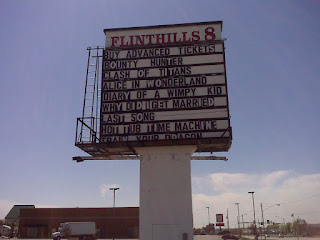 Maybe one day I will be able to chase my 50 state movie dream.  The great thing about doing anything is all 50 states, is there is always Hawaii and Alaska in that mix!
Emporia was interesting.  On the ride back, we got to see an example of the very conservative billboards that are posted throughout the great state of Kansas.  This is just an example, but there are also interesting signs on abortion, stay-at-home mom's, and how state-run health care will lead to the decline of modern society.  I think an asset of mine is that I believe what I believe and I don't think that any of my views are so correct, that they desrve to be billboarded to herald my message!  Maybe I am being too contradictory as I sit here typing. 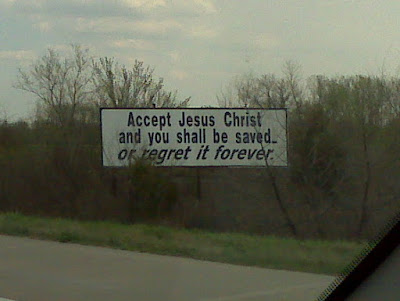 In addition, we also drove by a controlled burn that had gotten just a little bit out of control.  Nothing makes you feel more California than a fire burning along side the highway.  A wacky wacky trip without a doubt!

More to come, very soon!  I plan on writing this weekend on The Ghost Writer as well as an out-of-nowhere wide-release, The Black Waters of Echo's Pond as well as a very interesting offering available at our newly opened Studio Movie Grill in Zona Rosa.
Posted by: Ryan M. Rezzelle