Reel Rhino Review - THE ART OF THE STEAL 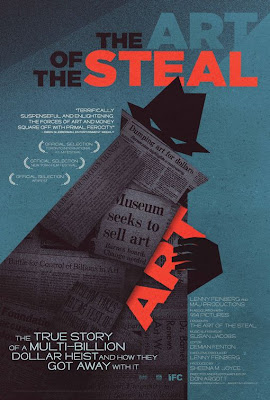 The Art of the Steal
This is an interim post from the Reel Rhino.  I have been jammed up on a variety of projects and I have had this review waiting in the wings.

Forthcoming will be some of the stories of my antics, including a near-death experience on a river raft in Colorado!  Thanks again Shawn...

This IFC Films release, The Art of the Steal, is still playing in theaters but it is also available on a variety of On-Demand services.  I caught it on Time Warner and it ran me a reasonable $6.99.  Quite a "steal" in and of itself when you consider that I'd have paid more than that for my ticket alone at the theater...and I made my own popcorn!
Extra, extra....The Reel Rhino seeks culture..."We're gonna need a bigger boat."
In the late 19th and early 20th centuries, Dr. Albert C. Barnes compiled one of the finest, if not the finest collection of modern art in the world. He was an innovator in art aquisition and was a very wealthy man after developing a treatment for sexually transmitted diseases. The Barnes Foundation is located in Merion, PA, about 5 miles outside of Philadelphia.  Dr. Barnes was killed in a car accident in 1951 and he had always feared the worst for the days following his passing. His last will and testament contained language that prohibited the sale, loan, or distribution of any kind of the works of art housed in the collection and he thought he had taken the proper steps to ensure that his collection would live on forever.  Well we know that his wishes were not fulfilled, or I wouldn't be writing this trying to convince you to watch this movie.
This documentary, which is told in the style of a crime thriller, looks at the usurping of power from the Board at the Barnes Foundation and the 2007 aquisition of the Barnes Collection by the city of Philadelphia. The movie looks at how line by line, Dr. Barnes will and testament has been attacked and how the long time operating protocols for the Foundation are in danger of irrepairable change.

The current Governor of Pennsylvania, the Honorable Ed Rendell is featured rather prominently, throughout. He was a major player from the early days, as his previous post incuded a stint of the Mayor of Philadelphia. The film is both intriguing and delightful and the most eye opening aspect for me was just how unknowledgeable I am, personnally, on the subject of fine art.  Is Iron Man fine art?  The Godfather?  I think it is debatable as to what qualifies, but I vote yes. 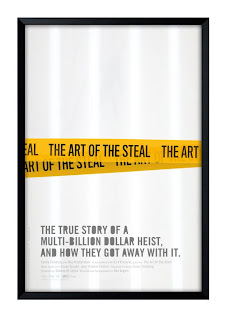 The Reel Rhino...fine art critic. I like it.
The Art of the Steal: 4 out of 5 horns
This is a real enjoyable watch!  See, I'm not some crazy Iron Man, Transformers, Summer Movie  Blockbuster crazy man...I do have some culture.  It's hard not to at least find interesting most documentaries out there, this one does that one better and crosses into the concept of the documentary thriller (see also: The Cove).
Who knew?
Posted by: Ryan M. Rezzelle