My hero of the week continues to be KIMBALIANO!!  This is our second entry into reporting on her foray through Sundance.  For this week, Salt Lake City, UT and the surrounding area is hands-down the film going capitol of the world!
KIMBALIANO: Hello from Sundance, Day 5! The weather continues to be beautiful (at around 9:00pm Mountain Time, it is 34 degrees and clear) - much better than the foot of snow which fells a couple years ago!!  Tomorrow (Tuesday) looks to have a high around forty and a low near thirty.

Yesterday was my first volunteer shift - taking tickets, changing posters, cleaning the theatre. It's a great way to experience the Festival, in a behind the scenes way. And for every four hours you volunteer, you get one free ticket to see a movie. Plus, volunteering occasionally provides movie star interaction! For example, Isabelle Rossellini was at our theatre Sunday - she had a documentary short about her love of animals (ANIMALS DISTRACT ME). I didn't get to see the short, but heard it was adorable. After the short ran, she walked right up to me to ask me a question - I replied "The women's restrooms are on the far side of the concession stand". I'm totally counting that as hobnobbing with the stars. 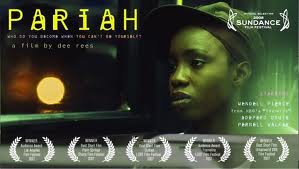 I did get to see a couple of movies Sunday, both of which were quintessential Sundance. The first was Pariah, the story of a young, lesbian teen living in Brooklyn, trying to balance her life with her friends and her parents - changing from her tomboy clothes to more feminine outfits on the bus ride between the two. I thought it started slow, but dang if I wasn't sniffling by the end. There's some buzz it could win the US Dramatic Competition, and while it was good, I hope there's something stronger out there. 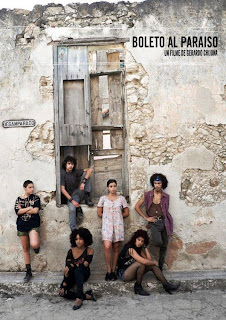 The second movie I saw was 100% sad. It was a subtitled Cuban movie called "Ticket to Paradise". It centered around group of discarded, runaway, and homeless teenagers in Havana. They ponder a life changing decision in an attempt to gain admittance to a hospital, where clean beds and daily meals are provided. The movie claims to be based on true events, and the decisions these teens make - feel forced to make - are heartbreaking. So not an upper, but wonderfully acted and honestly presented. It's in contention for the World Dramatic Prize, and I think it has a chance.
I start my second volunteer shift in about an hour. Then the mad dash to see Perfect Sense in Park City will follow. Firstshowing.net had a trailer which makes it look like a love story, but everything I've read references some kind of worldwide pandemic, so I'm not sure what exactly I'm signed up for. Still, I'll watch anything with Ewan in it. Cross your fingers that I make it.  (REEL RHINO - I have heard it described as an end of days, sci-fi, love story...sounds all right by me!  I hope you get in!!) 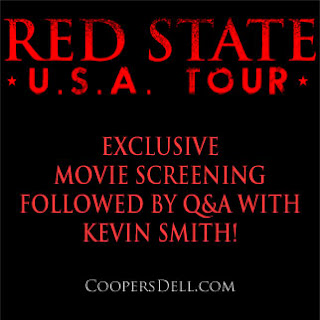 (PS. I'm not going to get to see Red State (and don't share your passion for Kevin Smith movies (sorry!)) but he made a bit of a splash yesterday when he started the auction for the rights to his movie, then sold it to himself for $20. He's apparently going to be distributing it himself - pretty clever way to garner some attention for Red State, I thought.)
REEL RHINO: I am a sad Rhino to hear you are not a fan of the ViewAskew Universe!  But I forgive you and remain your loyal movie buddy!  As a side note, this Friday, I will be picking up tickets to see RED STATE at the MIDLAND by AMC!!  I will be a fellow traveller to The Kid in the Helmet and we will have smiles plastered on our faces!  The only downside is the $50 to $60 price tag on the event.  This is okay by me for several reasons:
1. I will get to see RED STATE the way that Kevin intended.
2. The showing will feature a Q&A with Smith and at this point, rumored as well to include Michael Parks.
3. I will get to see an actual movie at the Midland, a former movie house of true glory, that has been reduced to an events/concert hall.
4. The Reel Rhino says YES to any unique movie going experience!
A final word from KIMBALIANO: My view from the balcony at Rose Wagner (one of the Salt Lake City venues) during the Q and A for Pariah. The Sundance snowflake on the screen (and on all the promotional material) is made up of small icons representing a number of Sundance movies from the past.﻿﻿﻿﻿﻿﻿
﻿﻿﻿﻿﻿ ﻿
REEL RHINO: Kimbaliano, you are a gem!  Keep having a blast and keep sharing your experiences, I love it and I just from yesterday alone, several folks are please that my filmic reach goes beyond Kansas City.

Until next word from KIMBALIANO, the Reel Rhino says thank you and good night!