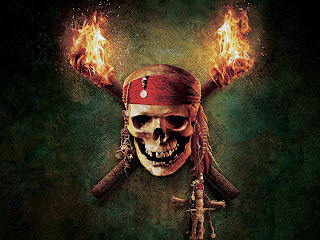 The BOX OFFICE CHALLENGE was met with its lowest entries to date…three. Now that is of course, counting me in the mix and also not counting Thraxxus, who flatters me yet again by offering as his picks, a resounding of mine. Oh Thraxxus, you silly goose.
The weekend gave us pretty much exactly what we expected. Pirates took the weekend, which was no suprise. The numbers came back a little lower than expected for this monster franchise, much of which can be attributed to opening against nothing else this weekend and pulling in pretty weak critical reviews. The booty for this Pirates is bound to be less than the studio hope, but these films typically crush overseas, so perhaps the worldwide take will keep them on course.
For #2 this week, Bridesmaids held on strong, dropping only $5 million from last weekend’s haul. I suppose good word of mouth and little other options for movie entertainment helped fuel a solid week two for this very funny outing being headlined by Maya Rudolph and Kristen Wiig.
#3 and #4 are no real surprise, but I was very pleased to hit #5 on the nose with my picks. With little competition in the kiddie flick department, Rio seemed like the only option. Of course next week gives all the adults a reasonable only choice in The Hangover 2, but you can be sure that every kid in America will be scrambling for Kung Fu Panda 2.
Weekend Box Office Results
1. Pirates of the Caribbean: On Stranger Tides $90.1 million
2. Bridesmaids $21 million
3. Thor $15.5 million
4. Fast Five $10.6 million
5. Rio $4.65 million
6. Priest $4.60 million
7. Jumping the Broom $3,7 million
8. Something Borrowed $3.4 million
9. Water for Elephants $2.1 million
10. Madea’s Big Happy Family $990,000 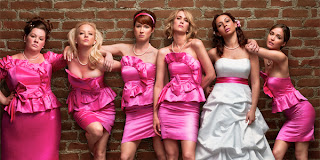 So I took the weekend again, but my hats off to both Junior and Kenfu for again playing. I hope that this thing takes off and we can add some more players. Thraxxus...my coat-tails are available for your enjoyment every week.
Coming soon…a Reel Rhino Review for both PIRATES and POM WONDERFUL: THE GREATEST MOVIE EVER SOLD.
Until later, take care!
Reel Rhino
Posted by: Ryan M. Rezzelle