Oh the Box Office Challenge is here! Hooray, hooray!  The rules and ways to enter can be found at the bottom of this post.... 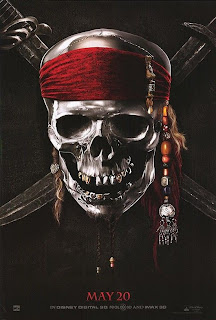 What a strange week we have at hand…Pirates of the Caribbean: On Stranger Tides is essentially the only new film opening this weekend. There are a few flicks that are expanding into more theaters this week, but for the most part, the folks in charge of scheduling releases were intimidated by Jack Sparrow. Oh, sorry sir…CAPTAIN Jack Sparrow.


On Stranger Tides will be the twelfth largest release of all-time in these great United States, playing on 4,155 screens domestically this weekend. POTC: At World’s End played on 4,362 to come in 4th all time for big release. Praise Jesus, that the largest release of all-time was The Twilight Sage: Eclipse, which played 4,468 screens. Yeesh!
So Pirates of the Caribbean: On Stranger Tides is coming at you in the following forms:
Yikes, no wonder they need so many screens!!! 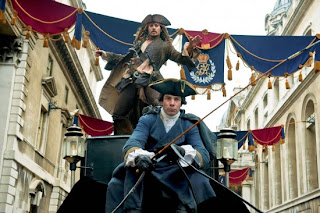 I am quite positive that this will be the #1 movie of the weekend…there you go folks. A gimme from the Reel Rhino. Only four more picks right and you may be our winner!
Domestically speaking, POTC: The Curse of the Black Pearl is #34 all-time at $305 million; POTC: At World’s End is #31 all-time at $309.4 million; and POTC: Dead Man’s Chest is #8 all-time at $423.3.
Where will On Stranger Tides land overall? How will it be held against its predecessors? Did we really need this film at all? Johnny Depp seems excited and he claims to be breathing new life into the role. Maybe it will work? 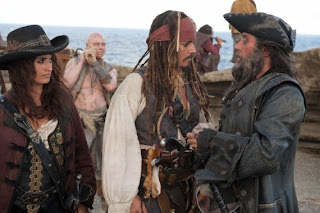 What does every-gal moviegoer Danni-California have to say? As a seasoned moviegoer and film buff, she is one who may be trusted. But she is an admitted Johnny Depp superfan, so keep that in mind. Here is what she has to say:

Alright so here goes. My run down, opinion, synopsis on Pirates of the Carribean: On Stranger Tides. First off I'm a huge Johnny Depp fan and Captain Jack Sparrow happens to be one of my favorite characters of his. I have enjoyed the previous movies and I enjoyed this one as well. I watched it in AMC Theaters ETX 3D. I'm really not a fan of 3D movies in general. This one had a couple cool scenes for 3D but other than that I personally don't think it was worth making it in 3D or seeing it in 3D. The movie for the most part keeps your attention but at times I felt like it just kept dragging on. I am a little disappointed that the original cast including Orlando Bloom and Keira Knightly are not in this one. I knew going into it that that they were out, but I still had hopes that they would make some kind of cameo. Instead we have Ian McShane and Penelope Cruz. I was disappointed in Blackbeard’s character. I think I expected more from him. The movie is still filled with the random adult humor and one-liners. But I don't think it was as funny as the others...maybe because there was a marked absence of rum involved. They give a new perspective to the concepts of mermaids, which is much darker than our normal ideas as lovely half-fish ladies. This I did like. Overall, I enjoyed the movie. It will be something that I will have to watch again just so I can breathe and enjoy the movie. I would give it 4 outta 5.

There you have it folks…one girls take on the film. While I do think Danni-California knows movies, I still say hold out for the Reel Rhino’s take. I for one am not smitten with any of the characters in this film, which inherently gives me a more unbiased approach.
Last Weekend’s Box Office Results
1. Thor $34.5 million
2. Bridesmaids $24.4 million
3. Fast Five $19.5 million
4. Priest $14.5 million
5. Rio $8 million
6. Jumping the Broom $7.3 million
7. Something Borrowed $7 million
8. Water for Elephants $4.1 million
9. Madea’s Big Happy Family $2.2 million
10. Soul Surfer $1.8 million 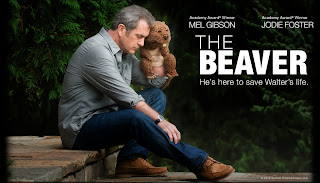 Opening this week…Brother’s Justice? Not so much. Sorry Thraxxus! We are left with only Pirates. Even Woody Allen’s triumphant return to the big screen is limited to only 6 screens this week. You can assume that will be in New York in Los Angeles. Perhaps it is a shame as Pirates is coming in as of this writing at 37% rotten on 119 reviews at Rotten Tomatoes. As for Midnight in Paris…88% fresh on 43 reviews. Hopefully we will get Midnight soon.
Keep your eyes peeled, though….THE BEAVER expands this week. Yes, I know: THAT’S WHAT SHE SAID. I know this movie is supposedly great and that Jodie Foster is a truly talented gem in Hollywood…but Mel Gibson. Enough said.
Reel Rhino’s Picks for This Weekend:
1. Pirates of the Caribbean: On Stranger Tides
2. Thor
3. Bridesmaids
4. Fast Five
5. Rio
Confidence is low for these picks folks…confidence is low.
REEL RHINO’S BOX OFFICE CHALLENGE
THE RULES: Scoring…for every correct guess, you get 3 points. For every guess within one pick of the movie’s weekend slot gets you 2 points. Finally, two picks away gets you 1 point.
Yeah…if you can’t figure out who is the winner, it isn’t really a contest, right? Any ties will be determined first by whoever has the highest correct answer or series of correct answers. If the tie persists, the winner will be determined by whoever submitted their picks first…yes, you are correct…I have the home field advantage. Deal with it.
The format will be simple with each week’s challenge. I will post the week’s opening films, the # of screens the film is playing (when known), and the RottenTomatoes.com score, if it has one at the time of the post. I am going to omit listing those movies opening in extreme limited release, because they won’t have the seats to fight for one of the top five slots. Fair enough, agreed?
That will be followed by the top ten from last week. “Choose wisely.” Remember that German commander in Indiana Jones and the Last Crusade… it didn’t work out so well for him, learn from his lesson my friends.
The final segment of each week’s contest will be me, offering my picks.
You may submit your picks in one of three ways:
1. Enter your picks in the comments field of this post at BlinkinBlogs.com
2. Enter your picks in the comments field of this post at ReelRhino.com
3. E-mail your picks to ReelRhino@gmail.com
I will compile the week’s entries and post the winners at both BlinkinBlogs and ReelRhino as soon as possible, but hopefully by Monday evening at the latest.
THE PRIZE: For now, my friends, in the humble beginnings of the BOX OFFICE CHALLENGE, the prize is this: the champion of the week will have their selection of any film, which I will watch and review on both sites. Don’t believe me? See also: http://reelrhino.blogspot.com/2011/04/biebers-never-say-never-redux-watch.html
Yep…that happened.
GOOD LUCK TO ALL AND MAKE YOUR PICKS SOON!
Reel Rhino
Posted by: Ryan M. Rezzelle