Will M Night Ever Get the Magic Back? 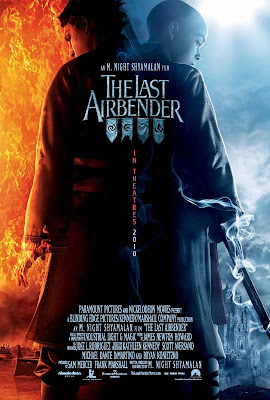 First things first...a special tip of the hat to the ladies at FDC....yep, that's Family Dental Care here in Kansas City, MO.  Dr. Fisher and crew are followers of the Reel Rhino so I given them a special nod here.  I would say the movie review could arguably be more important in a movie blog...but not so with M. Night's fizzle of a flick.  Hello FDC...I'll see you again in January!!  Feel free to drop me a hello at the comments below!
Wow! I have never wished for a keyboard to start typing as much as during the duration of M. Night Shyamalan's THE LAST AIRBENDER.  This is based on the Nickelodeon property AVATAR: THE LAST AIRBENDER.  The protagonist is Aang, who is of course, the last of the Airbenders.  He is is known more broadly in the world of the film as the AVATAR.  But nooooo...James Cameron can sleep easy because it isn't Avatar....it's ahhhh-Va-tar.  As if you just had dinner on Park Avenue and your mink stole is draped over your shoulders and that fella at your side is wearing a monocle.  That is how you would say Ahhh-VA-tar in this world.  I don't even mean that as a joke....that's how they say it. 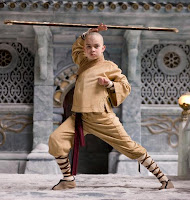 If you remember, last summer the first ads for this, it actually was called Avatar: The Last Airbender.  I guess they didn't want to confuse Cameron's work with their masterpiece.  At this point, I think Shyamalan would have benefited from the confusion.
I am not a Shyamalan apologist by any means, but I am a huge fan of THE LADY IN THE WATER.  I love that movie to the point that I think some day I will do a blog post dedicated just to it.  Love it!  (See also: Michael Bamberger - The Man Who Heard Voices -- a GREAT book ~ yes...I do read as well).  I was also super duper stoked for The Happening and I think we all remember how that ended.  Badly.  There was no excuse for The Happening, but given Night's sterling track record in the past, I forgave The Happening, looked past the poor reviews for Airbender, and I went in with an open mind.
My open mind was met with an extremely...EXTREMELY...lackluster film.  There was much net debate about the race choices for the characters.  The animated series features a drawn cast that is said to be predominately Asian.  Some have posted that the roles in Night's film were mis-cast and skewed towards Caucasian actors.  Yes, Dev Patel and Cliff Curtis are among those non-white actors here, but the argument was primarily Katara and Sokka, the side-kicks to Avatar, who are played by Nicola Peltz and Jackson Rathbone (also known as Jasper Hale from Twilight....are you done screeching yet?).  Here is my take on the race issue: white, non-white, purple, red, or blue....I would have taken anyone who in fact could act, regardless of where they were from or what they looked like.
I can't tell if it was cheesy dialogue or poor editing that led to some of the worst moments, but my God...there were some real botched exchanges.  One character asks another: "Do you think that we should do this?"  The reply: "Yes"  Every word of that exchange was heavily enunciated and drawn out...even worse, at one point, Katara is expressing to Aang the need to hustle up and get the hell out of dodge.... it played like this:
Katara: Aang....
(beat)
(beat)
(beat)
Aang: Yes....
(beat)
(beat)
(beat)
Katara:  Weeeeeeee'vvvvveeee got toooooooo gooooooooo (slow motion dialogue implied)
Had they just shut up and rolled out, they'd of been on a flight to Rio by now! 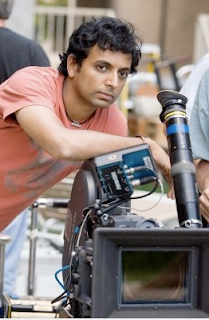 Again, like I said, it is hard to tell if it was the acting or if the editing was the culprit.  M Night has been a master editor in the past.  Night has said that filming this movie was very much a tribute to his children and their love of the series....so I understand his motivation.  But where was that NIGHT editing that scared us silly and kept us captivated in LADY, SIXTH SENSE, and SIGNS.  That master filmmaker must have been reading the film beats by having his kids watch the dailies.
I think M. Night Shyamalan is a wonderfully creative director.  I think Night will return at some point to form...it just didn't happen here.
The editing issue was also evidence in some of the early fight scenes.  When the fire benders where fighting the earth benders early on, some of the yoga maneuver build-ups to the attack moves took what seemed like several minutes to complete.  If I was fighting a bender, to hell with bending back, I would have walked right up to them and popped them in the mouth while they were doing pilates to summon the elements as their talents allowed. 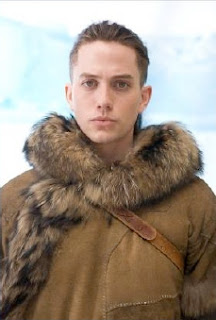 So yes...I have several issues with this movie. But I will do have something good to say.  When the fight scenes weren't involving the bending, they were done quite well.  The choreographers should very much be commended.  I guess some of this should be attributed to the cinematography and editing as well, so after swinging down to a 1 out of 5 horn rating....the Reel Rhino awards 1 horn for effort.  Final rating: 2 OUT OF 5 HORNS.
Any movie in which the good guy looks back after incapacitating one of the main baddies and says: "We could be friends." After you wipe away the tears, you might also look around for a barf bag (sorry I said barf bag...gag me with a spoon, man!).
I don't even want to get into some of the Star Wars parallels.  Several of the shots, most notably in the Water Benders village, were lifted straight from Lucas.  Also, good ol' Jackson Rathbone is both dressed, made-up like, and acts with the same talent that Anakin Skywalker aka Hayden Christensen showed the world in Episodes 2 and 3.  And perhaps worst of all, if Chewie were to really let himself go, grow a tail, and could fly, he would have been a dead ringer for Aang's pet whatever the hell it was.
Yikes
It has been around 2 weeks since my last post and so I think The Reel Rhino Recap is in order:
6/25 - Knight and Day - 3.5 horns
Very watchable summer action romance comedy fare...Tom Cruises best role since Les Grossman since....well since who knows...
6/26 - Toy Story 3-D - 5 horns
A very near perfect animated feature from our friends at PIXAR.  Better than Up, maybe their best ever.  This is coming from a guy who had not seen TS 1 or TS 2 except for the 3-D re-releases this past October.
7/2 - Twilight: Eclipse - 3 horns
My favorite Twilight feature yet...which I guess isn't a rave review, since I was lukewarm on the first two as well.  Too many drawn out schlocky love talks...Oh and re: my above statement about goodie and baddie saying we should be friends, I guess I spoke too soon since (SPOILER: Jacob and Edward have a love-in, be-my-friend moment in this one).
7/3 - Winter's Bone - 4 horns
A great indie flick filmed in Missouri, about Missouri.  Even if I didn't live in Missouri, I would be raving on this one.  I will hit on this one again in Art House Rhino sometime soon.  Look for the lead gal (Jennifer Lawrence), the screenwriter/director (Debra Granik), and the film itself to be all abuzz come Oscar season.
Funny story...on Friday Night, I was dead set intent on going to see Winter's Bone rather than Twilight.  I was making a statement that Indies have their place and that we need to reward small GREAT pictures rather than blindly fire cash at blow out "Blockbusters" like Twilight.  I misread the start time on Winter's Bone, which all day around the office, I was saying in a nasally British like voice.  This made Winter's Bone seem either very pretentious or very much a porno flick.
Well I ended up having to SETTLE for Twilight.  As it turned out, Gil Birmingham, also known as Jacob's papa Billy Black, was visiting AMC Barrywoods on a promo for the hour in which I arrived at the theater.  I walked over among the shriek and screams just to check things out.  Given my affinity for following all things movie, I reached up and snapped a cell-phone shot to document this wonderful, knee-buckling experience.  Of course, being the Reel Rhino, I am not overly embarrassed to being tied to anything related to the movies, but, did I really need this:

Till next time...
Posted by: Ryan M. Rezzelle