ETX: Expensive Theater Experience or Thanks But No Thanks AMC 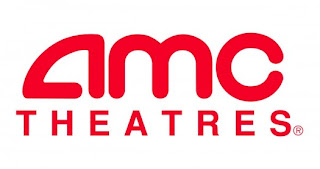 This is a short comparison piece on the new AMC Enhanced Theater Experience and the digital IMAX projection, surprisingly also now a mainstay in the AMC stable.  If this seems at all like a rambling mess, it very well may be, especially becuase it embodies my confusion on the topic.  Who is doing what and why...who stands to profit the most and will it the movie goer...and most importantly, what is what and where should I be watching my movies!?

See AMC's Support Center response to what is the difference between IMAX and ETX: AMC Get Satisfaction Link (LINK REMOVED BY AMC). 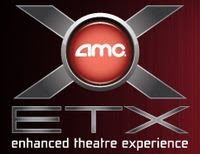 ETX: ENHANCED THEATER EXPERIENCE
This is a product of AMC and is billed as "cutting edge" including:
•Wall to Wall 20% Larger Screen
•Breathtaking Sound
•Digital Projection

AMC Barrywoods in Kansas City is one of eight working ETX theaters in the AMC chain with several more opening soon.  And really why not, with AMC corporate located in the heart of downtown KCMO, we should have one of the first! 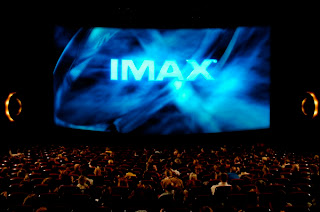 DIGITAL IMAX
For discussion sake, the digital IMAX system uses two 2K projectors powered by Texas Instruments Digital Light Projection (DLP) systems. Screen size varies based on the physical capacity of the theater that the IMAX screen was installed. For example, I believe the AMC Barrywoods screen is approximately 40'x60'.

One of the problems with all of this, is that it is hard to come by the stats for makes, models, and sizes for the various theaters around town. It is easy to throw out stats like wall to wall "20%" larger screens. 20% larger than what?  The screen that was there before the upgrade.
DECISIONS DECISIONS
Select ETX venues are showing INCEPTION, but KC's first offering was SALT, through Thursday, and THE OTHER GUYS starting yesterday, Friday, August 6th, 2010.

I would have welcomed INCEPTION for two main reasons.  First, I love the movie.  See also: Reel Rhino Review: INCEPTION.  Second, being able to see Inception in ETX would have given me some benchmark for a direct comparison between IMAX digital and this new offering of ETX.  The comparison is surprising since it is within the SAME THEATER! 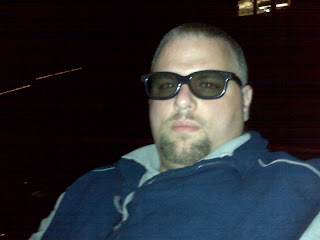 I write this post confused.  AMC has been working double time over the past 2 years to get a digital IMAX screen in as many theaters as possible! In fact, they just signed a deal extension to support 15 to 25 new IMAX screens in yet unequip AMC theaters.

Being a frequent moviegoer, I have my "ins" with many of the AMC staff.  Let me say, that these folks have been well coached on the merits of the ETX!  But when I grilled them to the question of which was better: IMAX or ETX, their answers were a bit more complex.

Most people took my perspective on this...INCEPTION was a beautiful to watch movie in IMAX!  To that end, comparing ETX to IMAX would have real value.  There is a variable here, though.  Christopher Nolan shoots with IMAX cameras.  Watching an IMAX camera shot flick in an IMAX theater is exactly how that movie was intended to be watched.  ETX is more about volume, literally!

Now here is my problem.  I saw THE OTHER GUYS in ETX just yesterday (see also: Reel Rhino Review: THE OTHER GUYS).  I did not like THE OTHER GUYS and I LOVED Inception.  Can my evaluation of a theater system be skewed by my taste of or distaste of a movie?  I think so.


I was underwhelmed by 57,000 WATTS and I was blown away by the blasting base-line that the 12,000 WATTS hit in in INCEPTION.

The staffers at AMC indicated that although the WATTAGE is much higher, it is only discernible as improved in surround and slightly in "volume" because the system is configured differently.  Okay, things are getting out of the realm of the technical and into the realm of the "it's totally radical!" that many of the AMC'ers were excited to share.  Yes, I understand that the ETX is supposed to be a different kind of experience, but I think your typical moviegoer will notice volume and not the newfound ability to discern a bird chirping in the background.

No we don't want blaring noise, but it's getting harder to hear the difference between a quality product and a gimmicky pitch for higher ticket sales.

I applaud enthusiasm about a new product, but I have my reservations because a little over two years ago, this same enthusiasm was brimming for the digital IMAX.  Here's the deal...AMC is in bed with IMAX stocking their theaters with IMAX screens.  $4.00 per ticket add-on for the IMAX.  ETX is an AMC product and its a $2.00 add-on.  Points to AMC for a lower add-on charge.  BUT, is ETX really so enhanced?  Does this product get raised to the level of an experience?  And why has AMC developed a product that is in direct competition with another of its products while they are still administering deals on the latter?  I think that there is more to this story than we know as of yet.

My idea on the add-on charge is this...give the moviegoers ETX and IMAX for free.  Deliver on an exceptional product based on the already high prices that you charge.

I have had the argument with  a friend who is in fact management in the AMC system.  The counterargument against my complaint of high prices is that cinema sees inflation just the way any product does.  He references how much cars have increased in price since the days of the $1000 car.  It is apples and oranges folk, and while we DO NEED cars, I think the NEED for trips to the cineplex could be argued as less than a NEED.

With increased prices, the whole process was compounded by the AMC policy that commenced on January 1st, 2010, retracting the previous policy that allowed in outside food. 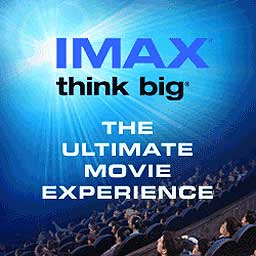 While the face of the theater changes, each change has translated to massive price increases in what we pay for these various services.


IMAX has a leg up on the whole deal, since there is still a variety of IMAX only content.  There also seems to be an affinity for IMAX content by the patrons.  $4 vs. $2 is a decider for those on a budget, but sadly those like me, cost will be a concern, but never a decider.  I will always choose what is seemingly the most KICK ASS way to see a film.  If ETX shows it's worth, I may change my tune.  For now, I can tell you whole-hearted, I was underwhelmed by ETX and stand behind the IMAX.

Time will tell and something will come to the forefront that shows one to be superior, or if we are all lucky, something better is right around the corner.

If AMC already has products that we all love.  If you want to up attendance and up sales, then lower prices.  I am much more willing to pay for a $5 popcorn than an $8 one.  Get it together folks!  You have already seen a reduction in numbers thanks to the opening of the Studio Movie Grill!  (see also: The Beginning of the Era of the Moviegoer)

ALWAYS REMEMBER THE CONSUMER.  I can choose NOT TO MAKE A PURCHASE because I don't want something, but also because I don't like the cost or manner in which the product is offered.

Keep on reading and always keep on watching movies...they're what make the world go 'round....okay, that and love!