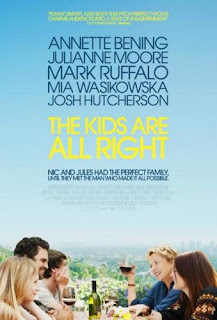 I have had a quite summer, but not necessarily the summer I expected.  I had the highest of hopes for the action-adventure fare that was lined up for this fine summer season...
Some met and exceeded expectations... Iron Man 2... The Sorcerer's Apprentice... and my favorite of the year so far... INCEPTION!
Some fell short.
We saw the Jerry Bruckheimer touch fall flat with The Prince of Persia.  Perhaps he is focusing too much on the CSI franchise?  M Night lost a little more of the magic putting out what certainly will be the front-runner for the Worst Picture Razzie in The Last Airbender.  Twilight: Eclipse has only dug a deeper chasm between the "real" vampire world and the make believe world of glittery wonderful love-filled blood suckers.
I can say that my enjoyment of some of the big budget blockbusters aside, my summer has been exceptionally saved by the little things.  The little indies that could...films like WINTER'S BONE, MOTHER (Korea), THE SECRET IN THEIR EYES (Best Foreign Film from Argentina), CYRUS, and now by THE KIDS ARE ALRIGHT.
THE KIDS ARE ALRIGHT is exactly the kind of film that is keeping the essence of cinema alive.  Movies should not be...I can't believe I am going to say this...about big explosions, big boobs, and dumb action (okay, well not entirely and not all the time).
The best summer movies have always been movies that make you think.  Using the motto of the Fine Arts Group Film League: "It's OK to think while watching movies." (Stan Brakahge-American Filmmaker)  We should be taxed at the theater, and I don't mean sales tax!.  We should be pressed to decipher the deeper meanings in the films we love.  We should always ask why...ask how...ask more of the movies that we watch...let me say it proper....the films that we watch.  Armond White may not agree, but I will continue to think about movies and I will offer my opinions as to those movies.  Some of my friends call me a critic.  I say I'm just a guy who loves to watch and write about movies.  Who's to say I am wrong?
You are correct Mr. White, I don't offer the a comparison to the history of celluloid as it compares to any piece of art on which I choose to comment, but I choose to write my opinions in a means to continue to shape myself, as well as those around me.  I would write even if I were the only one to read my own hand, for in writing, I learn more about myself.
Who is this Reel Rhino?  He an Art House guy?  WHO KNEW?  He's not all brawn and in fact he does have a brain?  I hope you think so too, but even if you don't, at least I tried. 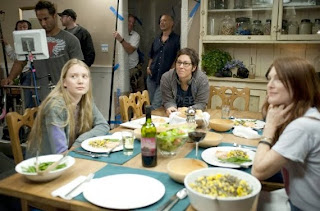 THE KIDS ARE ALRIGHT is written and directed by Lisa Cholodenko, who is said to have told this tale from a semi-autobiographical viewpoint.  She is in a committed relationship with musician Wendy Melvoin, and she also gave birth to their son by way of an anonymous sperm donor.
And so our story unfolds... we are thrust into the midst of this "non-traditional" family.  A lesbian couple who have been married for years have two children.  JONI is played by Mia Wasikowska and her mom is NIC, played by Annette Benning.  LASER is played by Josh Hutcherson, and his mom is JULES, played by Julianne Moore.  Each mom achieved conception via an anonymous sperm donor, both of them having received sperm from the same donor, even though Joni is Lasers elder by three years. 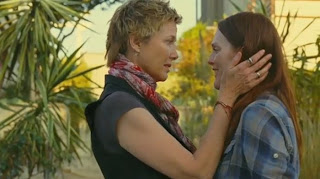 Laser is a curious 15 year old and he wants to know more about his life.  He is a semi-well adjusted boy who is content with his life as it exists, but his curiosity is natural given the scenario.  I say semi-well adjusted because he is plagued with a wacky, wacky friend.  He needs his freshly minted 18 year old sister to make the call to the donation clinic to ask to be put into contact with their donor father.  He wants to know and she is really indifferent.  She doesn't want to disrupt the balance of their happy family life.  She gives in.
Meet Paul...played beautifully by Mark Ruffalo.  Yes, he has more of an ego that anyone would typically like in a person, let alone in a movie character; but with his screen charisma, it somehow works. 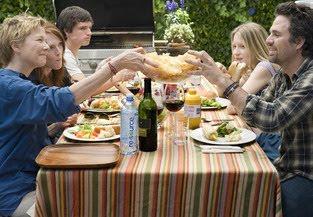 We get to witness that first meeting between the kids and their...well biological creator.  I won't say dad, because it takes a lot more than "seed" to be a father.  We bear witness to the whole of their relationship, as it unfolds just like meeting a long lost relative.  Things are awkward.  They go from awkward to unbearable as time goes on, but worry not, for it is a welcome strangeness.  What they are living is a mirror to the emotions that we would be feeling if in fact we were in a similar situation.
This breaks free of being a fun movie and it finds a place in really enjoyable cinema.  There are great moments of comedy and drama and it all sits with you as a not-to-heavy-handed commentary on the changing nature of family in our society.
This movie builds and culminates in exactly the manner that anyone would hope.  It is not entirely clean.  There are not smiles all around as the credits roll.  But for better or for worse, you rise from your seat feeling as though you peered through a window into the lives of reel people and not characters in a movie. 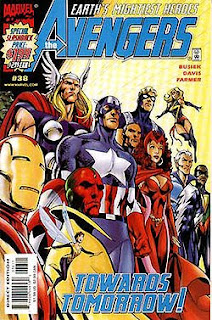 This movie pulls a solid 4 OF 5 HORNS from the Reel Rhino.  I almost went 4.5 just because Mark Ruffalo...aka Bruce Banner aka HULK in the upcoming THE AVENGERS, graced us here.  Yes, you are correct, I hypocritically cheer on this particular summer blockbuster in the same post that I am applauding independent cinema.  I will put my chips 2012's The Avengers and all the while I will continue to love indie films that make me laugh and cry.  But I'll see you at the midnight show come May 2012....
Avengers....Assemble!!
A final word about the movie going experience.  I had the pleasure of dining with my wife for her birthday night out.  We ate at Brio, a fine Italian dining establishment on Kansas City's Country Club plaza.  On our way in, we had a chance meeting with BOB and SUE, with Bob being one of my fine co-workers at our humble employer.  They were there when we went in, and there when we came out... Bob had my back!  Thanks Bob for offering me the back-up I needed when hitting the mean streets of Kansas City!  And Sue, I'm glad you liked the movie and next time we meet up, we will have a chance to discuss.
Ahhhhhh....to ruminate on film...is there no greater escape but into the world of the cinema!
Next up, as far as I can tell, will be The Girl Who Played With Fire.  If you haven't yet seen Dragon Tattoo, do it.  You will want to fall in love with this heroine in Lisbeth Salander.  Till next time...
RR

A big PS....be sure to check out The Tobolowsky Files at SlashFilm.com.  Stephen Tobolowsky is a famed character actor, and in my mind one of the most brilliant entertainers and storytellers of our generation.  Remember Ned Ryerson....needlenose Ned!  BING!  Find a link to his podcast at:

He just may be Paul Harvey for our generation!  I have shed tears at nearly every story he has shared, as they are as moving as they are uplifting.  Swing over to SlashFilm and give him a try.  If you like to talk more about the movies, also check out the SlashFilmCast, the Official Podcast of Slashfilm.Com, which can be found at:

Dave, Devindra, and Adam do a fine job of presenting just about everything you could ever hope to read or hear in the world of film.  Also, just because these are recorded as podcasts, remember, you can stream them right in your browser!


And that's....the rest of the story.
Posted by: Ryan M. Rezzelle