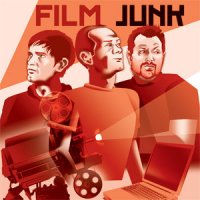 I was listening to one of my favorite podcasts in all of the world, FILM JUNK, when the discussion turned to the miniature rowing scene in THE SOCIAL NETWORK.  Resident filmmaker Jay Cheel pointed out that for all the digital effects, the miniature scene was in fact a practical effect using a technique known as miniature faking, using tilt shift or lens tilt.
The Social Network was loaded with controversial digital effects, all of which I think are great...digital snow, digital breath, a digital twin....David Fincher loves his effects!  But this got my wheels turning as to how this was done and it got me out the running rampant on Google.

I stumbled on to two videos by a guy named Sam O'Hare.  Sam won the Prix Ars Electronica Award of Distinction in 2010 and this first film was an Official Selection of the AFI Film Fest 2010.
THE SANDPIT
So The Sandpit was the video I saw first, but I especially liked this next one.  It was shot at Coachella 2010 and it is beautiful.  In both videos, I am taken by the beauty of the night time sequences.  Check out this one...
COACHELLETTA

There is some great original music by a band named HUMAN.  Both videos feature their tunes.
For a look behind the curtain, check out this site: http://aerofilm.blogspot.com/2010/02/sandpit-short-film-by-aero-director-sam.html where you can learn about the workflow that was sued throughout the making of The Sandpit.
This is a little off topic for my usual posts, but at the heart of my love of movies, lies a life long love of film making as well.  Coupled with my enjoyment of photography, these vids strike me as pure genius!
Visit Sam O'Hare's web page at http://www.oovfx.com/ and see more of his work!
That's all for now...until later, take care!
RR
Posted by: Ryan M. Rezzelle