So in the aftermath of SNOPACALYSE: Kansas City on Wednesday, I managed to free my house and truck from its snowy covering and cleared my driveway.  Minus one slip and fall and ultimately one bruised right buttocks, all was going well.  I seemed to have conquered the universe...for the moment...
After 5 hours of shoveling, pushing snow, and battling the elements, I was ready to go to work...albeit 6 hours late, I was finally ready.  You see my "day job" doesn't allow me to be conquered by the elements.  I am a Crime Scene Investigator for the Johnson County Sheriff's Office in Kansas, and I promise, criminals don't care that it is snowing.  I managed to make my way out of my driveway and onto the streets, which were surprisingly well plowed.
Four miles into my journey, my truck started shucking and jiving...travelling at about 60 mph, my truck began to dance in a manner that I was confident indicated a problem.  My check engine light came on, and after about 1/4 mile, it started blinking.  After I made my way to the roadside, I came to find out that the BLINKING meant CATASTROPHIC trouble.  I had no idea that Ford instrument panels were made by the same folks who worked for NASA.  Catastrophic engine trouble...that can't be good.
I was able to finesse the old gal to the mechanic's shop (Smart Car in KCMO), but nothing could be done until this morning.  The waiting game began.  Funny story...when I was shovelling snow, I packed the bed of my pick-up with snow for added weight to the four-wheel drive.  When I got to the shop, "the guy" told me he was going to pull it in the garage overnight to thaw out.  When I told him what I had done, he paused for a beat or two and just said: "Well that's unfortunate."  No joke.
So working in a position in which I have to be ready to respond, I am now (for just a few days at least) unable and boy do I feel helpless!  I did have the chance to call in to our Public Information Officer, Tom Erickson's BlogTalkRadio show with co-host Adam Crowe on the Johnson County Radio Network.
We talked about "CSI Stuff," so if you're into that kind of thing....give a listen (player embedded below).

Listen to internet radio with JoCo Radio Network on Blog Talk Radio
So my truck is in the shop...after 120000 miles of faithful service, the ol' Ranger needs some love.  Today is not a snow day...its not a vacation day...it is a movie day! 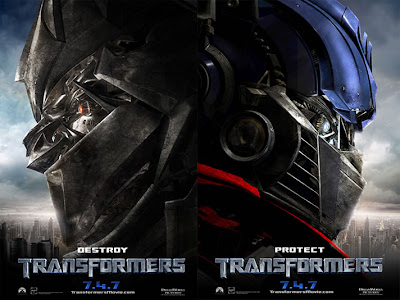 I was looking through my library of flicks and I came across the 2007 offering, TRANSFORMERS.  THREE TIME Academy Award Nominee!!  Yeah, okay, so they were for effects and sound, but nonetheless!
I was intrigued to watch the OUR WORLD, THEIR WAR making-of documentary and let me tell you....it is fantastic!  That movie set looks like one helluva good time and as a lover of all things movie, it was fun to catch a glimpse behind the scenes.  May I say that although in Shakespearean terms, he is probably not so great, but I love Tyrese's delivery of those action-comic lines: "Left cheek, left cheek, left cheek!"
I believe I have shared in the past this terrible truth: I am a fanboy Michael Bay apologist.  I love everything he has done!  I hate that The Island was poorly received, primarily due to lack of Jerry Bruckheimer support (it was their first film apart), a controversy regarding the screenplay, and who knows why else.  After The Island, Bay picked up a gem of a producer (and am I posturing too much if I say mentor) in Steven Spielberg. 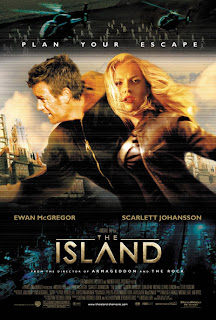 I loved the Transformers as a kid and I love BOTH movies so far.  I am extremely pleased as a movie guy that Spielberg has been a producer on these.  His presence is felt.  And as for Bay, I think Pearl Harbor to far underrated and that Armageddon may be one of the greatest movies of all-time...
Okay, I went too far, but that Harry Stamper was one hell of a hero!
Bottom line, I can't wait for DARK OF THE MOON and I think Bay will deliver once again.
Don't be a Bay-Hater...a BAYTER if you will.  It is a great ride at the theater and worth my dime any day.
File this under random defense of Michael Bay.
Until later...yours in movies and (in continued defense of his greatness Mr. Michael Bay),
RR
Posted by: Ryan M. Rezzelle